Skip to content
BE THE FIRST TO KNOW ABOUT unpacking your spiritual gifts: a class & community group with nicki koziarz!

It all started at a Christmas party.

The room glowed with the warmth of candles carefully placed on the beautifully decorated table tops.

As the three other couples took their seats at our table, we all began to try and make that ever-uncomfortable small talk. We chatted through our salads, discussed holiday plans through the main course and just as desert was rolling in the question was asked:

So, do you all “do” Santa at your house?

I squirmed a little in my seat, as this was a church-going group of people and you know…sometimes church-people can get a little weird on you about issues like this. [smile] No one anxiously piped in, so the brave person sitting next to me decided to begin to enter his thoughts into the conversation.

He was very clear that Santa was not an acceptable part to the Christmas season for their family. To him it seemed to take away much of the meaning behind the truth of Christmas. He stated that his kids had never visited Santa, never received a gift with his name written on it and never spent Christmas Eve nights wondering if he was flying over their heads.

They instead exchanged three gifts [to represent the wise men], read the Christmas story [Luke] and sang Christ-filled carols [Go tell it on the mountain] around the fire.

The woman sitting next to him [intensely] listened and I could see her biting of that chocolate-turtle-cheesecake was getting slower and slower. She carefully placed her fork down and smiled at her husband as she began to roll through her heart-filled emotions on the man in the red suit.

She explained that Santa was an enormous role in their Christmas season. She shared tales of leaving giant-fat-foot-prints of confectioner sugar in the hallway [to look like snow]. Her and her husband used to stand outside of her kids windows to jingle bells [Santa’s sleigh] and even walked along the roof to make it sound like Santa had landed.

It was serious business at their house.

I could see the opposition rising up in the other couple’s eyes that were seated at the table.

There was continued intense talk about lying to kids will make them not believe in God. Then on the opposing side -there was talk about not letting kids be kids and using their imagination.

The conversation continued round and round.

As they carefully made their way through the debate I took note of two things:

Number one, they were very passionate about what they believed.

Number two, they both believed their children received the best Christmas’s for their childhood.

Knowing these two couples a little better now I would also agree. If I asked their children they would say that Christmas time was very special for them. They are both excellent parents and have raised great kids.

So as parents, sometimes it’s hard to know what the right thing to do is.

And as my new friends that night seemed to do, it’s very easy to get caught up with our traditions. In fact sometimes tradition leaves us a bit stubborn or even a little cocky.

And it is very easy to take our holiday tradition preferences and turn them into religious laws.

But the fact is: the birth of Jesus is not a tradition -its a miracle.

What traditions you bring to your family through the celebration of the miracle is probably something that accomplishes exactly what both of my friends hoped to do.

They both left warm memories in the hearts of their children: forever.

The bond that you as a family make through holidays will stay a long time after the belief in Santa is faded. The quirky, fun or serious things that you did to celebrate the miracle of God…those will be the memories your children will hold.

When our children are grown and gone they will long for those Christmas nights of singing carols with hot cocoa, reading the Christmas story or listening for Santa’s foot-steps on their roof.

As they pass houses that have lights pinned [painstakingly] to the roof, silly blow-up’s in the yard and lighted-wire reindeer [all in hopes to make a child’s eyes light up] –they will remember you, your home and your traditions.

So as this Christmas season is quickly coming, think about the legacy you want to leave with your kids.

It’s a personal thing to decide what to do about Santa. But rather than dwelling on the great Santa debate, dwell on the legacy of the miracle of love that was left for you.

Pass that on passionately from one generation to the next. No matter what that celebration of that miracle looks like, I’m pretty sure you can’t go wrong.

Episode #77 | 4 Lessons About Your Calling

Episode #74 | Why should you care about Israel?

Free resources to help you dig deeper into the Word, into life and into relationships. 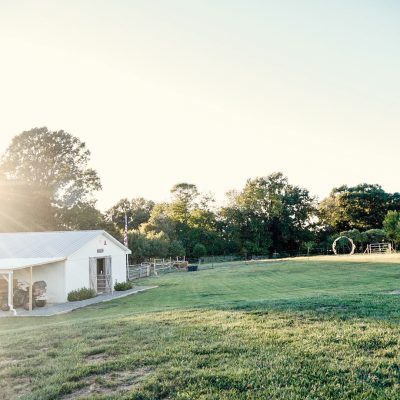 Have you ever felt discouraged or overwhelmed trying to study the Bible?
I have a solution for those of us who just feel like we need a SURGE of strength, wisdom and understanding that can only come from God about His Word and our life.
Learn more

get the latest episode

My email friends get all the latest episodes, directly to their inbox each week, along with some pretty awesome freebies.

lessons from the farm

Join me in this fun but inspirational podcast where each episode has a mix of life lessons as well as Bible teaching. I chat with you directly from my farm just outside Charlotte, North Carolina and occasionally bring my friends like Chrystal Evans Hurst, Lysa TerKeurst and Rebekah Lyons along!
listen now

Nicki’s favorite place to hang out online is Instagram!

There’s always dozens of things to do when you o

Each of us have something inside us called, Shadow

Just a few reminders for your day … It’s a ne

The truth is, I’ve been dreading today. I put t

Book Nicki Now
For Your Next Event

Fill out the form below!